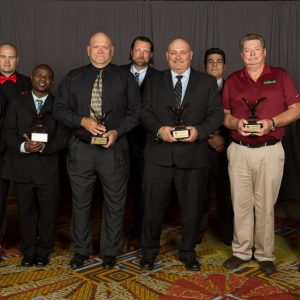 The annual Excellence In Construction Awards event was held by the Central Florida Chapter of ABC on October 7th at the Hyatt Regency.  As usual, Tri-City did very well, earning four Eagle Awards and three Awards of Merit.  The winning projects were:

And a HUGE Kudos to all the craftspersons who worked on these award-winning jobs!  You make us very proud!